by Stacy Altiery of InkSpot Workshop 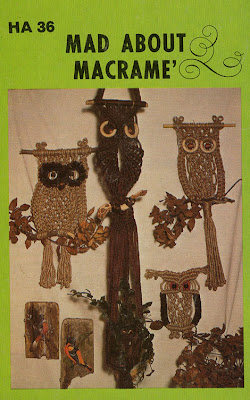 So, I’ve been doing a lot of soul searching lately – especially since I will turn 40 on July 10! I still can’t believe it, even as I type in that number. I am at a pivotal point in my life from a career standpoint, but an exciting one to boot. You could say I have the best of both worlds going on right now and probably could not have said that 10 years ago. I guess it’s not such a bad thing – turning 40 after all! I am at the top of my game for my day job, plus I now have an outlet for my creative drive in my new business – Inkspot Workshop.

I listen to talk radio all the time and finding your “passion” seems to be the topic du juor these days. As a professional sales person {most of my adult life} I can honestly say I have a passion for selling. I have sold everything from makeup, copiers, food to medical devices. I got the fever in 6th grade when we had to sell Malley’s candy bars, door-to-door {they were different times} in order to pay for a class trip. Trekking over 5 miles through the snow, I sold more than anyone else in my class and even paid for another kid’s trip. That was also my first political lesson in wealth redistribution:) and became a registered Republican the next day, or at least 6 years later.

Many experts say in order to find your true passion, think about what you enjoyed doing as a kid or what you would do for free, because you enjoyed it so much. Well, for me that was easy, I was an avid colorer so it’s not a big stretch that I now make and design stationery! But making crafts, all sorts of them in the 1970’s was all sorts of fun for me. I was heavily into the Shrinky Dink movement and Latch Hook rug association, but then……..in moved Mrs. Gdovin across the street and my creative start was truly ignited!

To take you back, turn on some 1970’s music {xm radio on my computer is currently tuned in to channel 70} and have visions of bell bottoms, trans ams and feathered back hair. Speaking of hair, every one’s smelled like Agree or Gee Your Hair Smells Terrific and drowned themselves in Charlie! remember?? OK, is everyone with me now? I was an inquisitive 8 year old in 1976 and never met a stranger. Mrs. Gdovin had 2 sons my age at the time and was the coolest person I had ever met in my 8 young years, living in the blue-collar suburbs of Cleveland, Ohio. She had a New Jersey accent and that alone made her cool and different, plus she “frosted” her hair, something we call highlights today and wore the best bell bottoms ever, a real girly-girl! She was probably in her late ’20’s and since she only had boys, she always made time for me.

What made Mrs. Gdovin {Bonnie} even more famous to me was that she too was crafty, in fact so crafty she taught Macrame classes right in her own basement! She was a local Macramaeing legend back then. Weekly I would see parked cars lined up on our street and women making their macrame pilgrimage to the Gdovin’s basement. She always had her board and T-pins with her, working on some new project. I can remember her fingertips were always rough and cracked from the coarse jute she used to make plant hangers, wall hangings and then the piece-de-re stance – highly coveted – hanging table! For those of you not familiar with macramae or sometimes spelled macrame – it’s the art of “braiding” – like, or knotting of string/rope into objects d’art and became popular in the 1960’s and ’70’s. 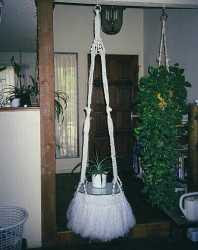 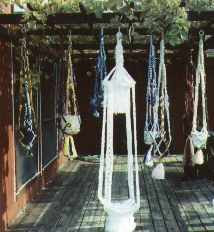 Once Mrs. Gdovin caught onto my crafting passion, she took me under her wing and taught me all her macrame techniques. I thought I had died and gone to heaven, my own personal craft coach, if you will. She taught me how to make necklaces/chokers with a few simple knots, plus how to incorporate beads into my little designs. She even took me to my first ever craft store at the mall, it was like going to the candy store for most other kids. I quickly fell in love with all the colorful beads and soon had a growing surplus. I had my own macrame board, t-pins {to hold the project onto the board securely} different colored waxed strings and was knotting my little head off.

During this same time my father was into target shooting with his border-line illegal supply of guns. His bullets came in these handy little see-through yellow lucite square boxes with slide tops, I can still see them in my mind’s eye today! Both Mrs. Gdovin and I started using these handy bullet boxes for all our beads. I wonder if bullets still come in these boxes? I googled everywhere and could not find any pictures. We were way ahead of The Container Store, for our macrame organizational solutions, at the time.

I must admit, for an 8 year old, my perfectly aligned knots and lovely combinations of colored flosses and beads, rivaled any macramae veteran’s finished products. The true affirmation of my new crafty skill came when people were willing to pay me for my little chokers! Can you believe this? I found I could crank out one choker per hour, so my inventory quickly grew. I was selling them for $10.00 a piece – which was much more than my weekly allowance, which was $0. This went on for a few years, but then Mrs. Gdovin and family moved away {sadly} and we lost touch. I continued to make and sell necklaces, but then eventually moved into my teen years and lost interest. You would think this obsession with making chokers would have materialized into me being a jewelry designer? instead, once I learned I could make shapes and colors with a computer, jewelry making went out the window and I got back to my true coloring roots!! so to speak. There are plenty of people currently keeping the macrame movement alive, one such place to see this for yourself is the blog Macramenia. God bless ’em:)

Getting back to my original thought for this post, I have been expressing my creative side through crafts my entire life. If you do what you love for a living, you will never work a day in your life {not my original quote}. People are always saying to me “you are so creative, why are you selling medical devices?” The truth is that I not only enjoy implementing my creative side into my {day job} with different promotions, etc.. but I really do enjoy selling, almost just as much as making things. Did I forget to mention that I also have a Culinary degree? Which is why at 40 I have now come full-circle and am able to combine the best of both worlds {making things and selling them} through Inkspot Workshop. This eventually will become both my day and night job as my business continuously grows. What a great position to be in at this point in my life. I figure… I’ve done pretty well for myself selling “other people’s stuff” why not make and sell my own “stuff” now?

Mrs. Gdovin, if you are out there somewhere I want to say THANK YOU! for giving me my macrame start and just taking a basic interest in this little girl’s creative side and encouraging it:) I will forever be grateful to you and remember you fondly!

Update: As a result of this blog post, I was contacted by a member of Mrs. Gdovin’s family in April, 2011. Sadly, they informed me that she passed away ten years ago as a result of cancer. I wish I could have told her how much she influenced me.